The things no one tells us

I have been a parent for seven years, eleven days, and a few hours.  The longer I walk down this parenting path, the more I realize that there are a lot of things no one warned me about before I became a mom.  I mean, I don't blame y'all for keeping your lips sealed, but holy cannoli.  Some of this stuff is getting really hard, really fast.

Dallas has been having some sleep issues lately.  Those sleep issues bleed into behavior issues which ooze back into sleep issues.  See what I'm saying?  Ever since mid-October, Dallas has decided that he doesn't want to be alone.  Ever.  He doesn't want to play alone in his room or run down to the basement to get a toy or sleep alone.  He has always been a kid who enjoyed time alone to decompress, but for the last few months, I can't be more than ten feet away from the boy before he starts to panic.  I have NO earthly idea how this started or where it is coming from.  We have the same nighttime routine we have always had - no shake-ups or surprises - but the routine doesn't seem to be cutting it anymore.  He wants someone nearby while he falls asleep.  Scratch that: he wants ME next to him in bed while he falls asleep.  When I give him snuggle time before he goes to bed, he cuddles under the blanket next to me and says, "Now this is what I'm talking about," while he sighs contentedly.  It's literally the only time of the day when he is fully and completely relaxed.  He doesn't want to feel this way.  I mean, who would want to spend his life being tired and mad?  He's a happy, sweet kid when he is a well-rested kid. 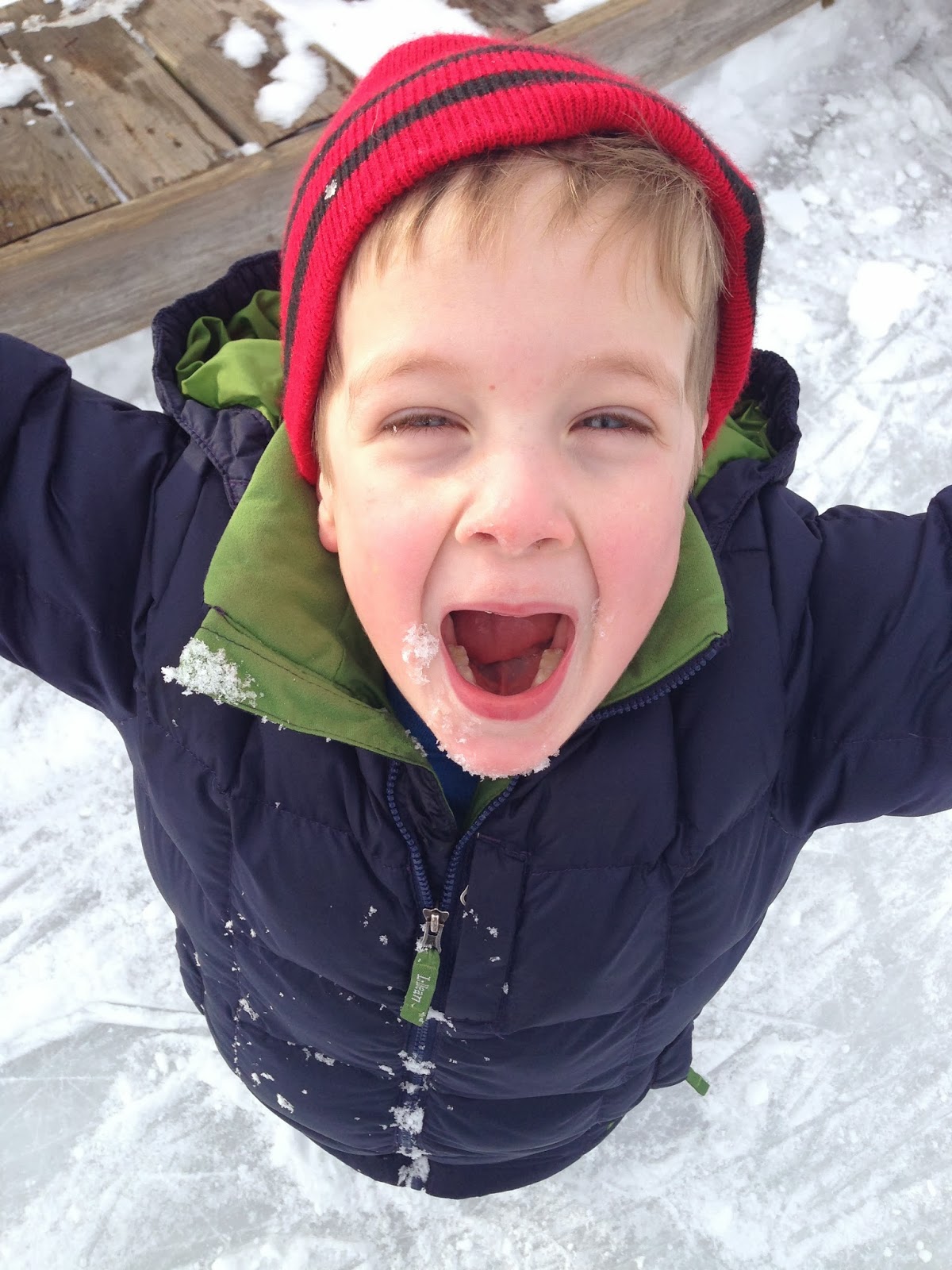 Now, I know you all are rolling your eyes and thinking that the kid has me snowed, that he's doing it all for attention.  This ain't my first rodeo, and I know when I'm being snowed.  When it comes to snowing Mama, Dal is the Sahara.  Whatever is going on is terrifying and absolutely real to him.  I can't dismiss what he's feeling, but it sure would be fabulous to figure out why he's feeling this way.  We have tried a menu of things to help him feel better at night: soft music, plenty of snuggle time, lots of reassurance, leaving a lamp on, and even giving him audiobooks on an iPod to try to quiet his mind.  Is any of it working?  Not so much. 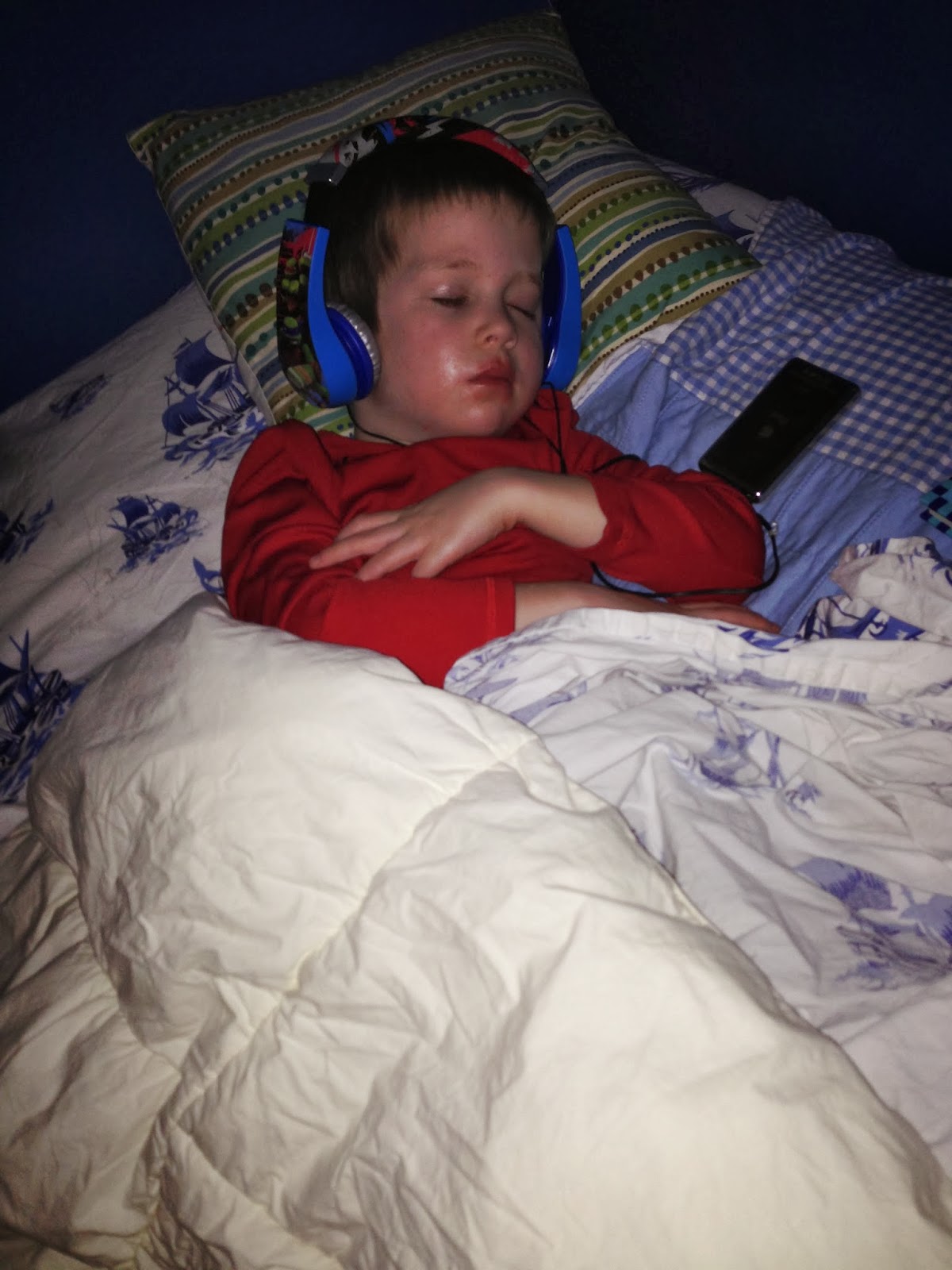 Because he isn't sleeping well, he's a bit of a grump during the day, especially as it gets later into the afternoon.  The bedtime ritual is strained because he's grumpy and tired, so he's going into sleep in a bad mood.  VICIOUS CYCLE, y'all.  Vicious.  It's hard on everyone because he isn't kind to any of us, and it's hard on him because being mean is really not who Dallas is.  He's a sweet kid who likes to keep the peace, but he can't do that when his brain is a grey fog of fatigue.  I try everything I can to smooth things over so we can all enjoy a good dinner and a quiet family evening together.  Nice, right?  Well, Lottie has started saying that all I do is pay attention to Dallas.  Her favorite new phrase is, "Little brothers get EVERYTHING!"  So, that's pleasant to hear.  I have been making a concerted effort to be equal in all of my attention to both kids, but there is only so much I can do.  I'm spreading myself pretty thin, y'all, and I am toeing the line of sanity.  And it didn't help that this happened on our FUN FAMILY TIME at the ice skating rink:


No one ever told me how guilty I would feel about my parenting.  I spend hours and hours and HOURS worrying about what the heck I'm doing to my kids.  Am I too strict?  Not strict enough?  Do I push them too hard?  Do I do too much for them?  Am I babying them?  Am I expecting too much from them?   What am I doing right?  What am I doing wrong?  Am I doing anything right?  When they were babies, I didn't worry this much.  I changed diapers, I nursed them, I swaddled them, and I put them down for naps.  Easy peasy.  No wonder women keep procreating: babies are awesomely easy compared to what comes later.

When I had kids, I knew I would love them deeply and intensely for the rest of my life, but I had no idea how much I would question every single move I made.  Being a parent has made me realize how utterly clueless I am and how helpless that makes me feel.  I guess I'm not the only parent who feels this way, so I'm in good company.  But to all of my readers who don't have kids yet, I give you a warning: do lots of smart things now to build your ego because once you have kids, you're going to become a drooling fool who knows absolutely nothing.  For real.  Don't say I didn't warn you.
Posted by K. C. Wells at 9:12 PM No comments:

Today, you are seven years old.  It doesn't seem like so terribly long ago that I woke up thinking I was just having stomach pain when I was actually in labor with you.  From the very beginning, you have been a force to be reckoned with.

You are growing so much each and every day.  I feel like we are at the shoe store getting your feet measured every other month, and I am always looking for new shirts to fit your strong body that is growing so tall.  Emotionally, you are making leaps and bounds into maturity with a few forays back to being a little girl.  You're extremely independent and ready to do things your own way in your own time.  Lately, my favorite time of day with you is just before bed: I call it "truth time" because that seems to be when all of your questions or fears or observations on life seem to blossom out of you.  We cuddle and talk and laugh and talk about when you were a baby.  Sometimes, if someone at school has hurt your feelings, the only thing I can do is hold you, reassure you, and feel my own heart break. 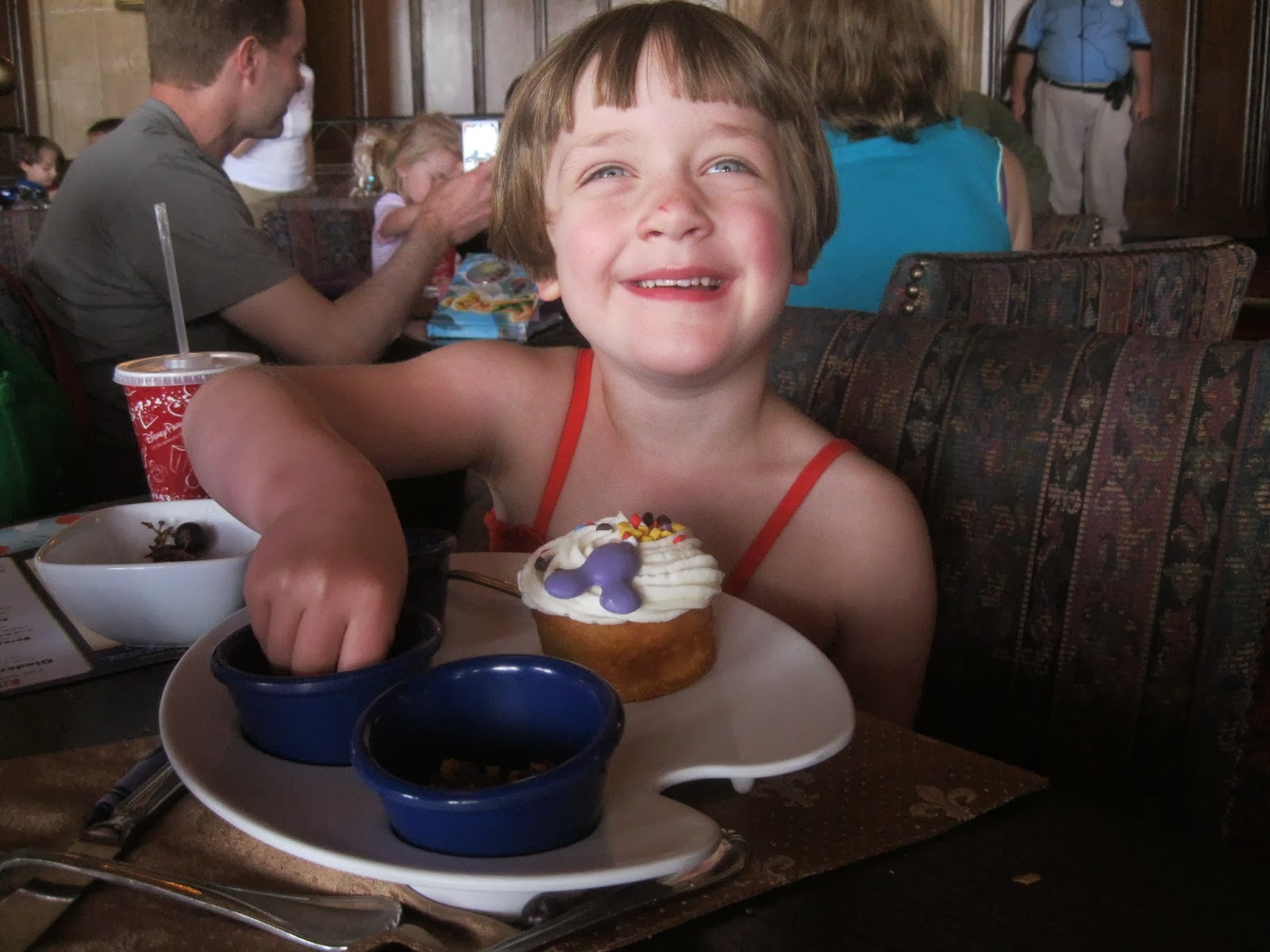 The other night you were bouncing around the house after dinner.  I heard Dad say, "Lottie, I love how much you love life."  I thought that was the perfect way to describe you.  Even at the age of seven, you inhale life: You eat in up in big, lusty gulps and then ask for dessert.  (Literally.  I have never known anyone who loves sweets as much as you do.)  But as you're squeezing every drop of juice out of your day, you never fail to look around to be sure everyone is included.  If it's one thing you can't stand, it's seeing someone being left out...of anything.  You are truly an advocate for the underdog, and you always give someone a chance or two or thirteen.  No one will ever be lonely on your watch. 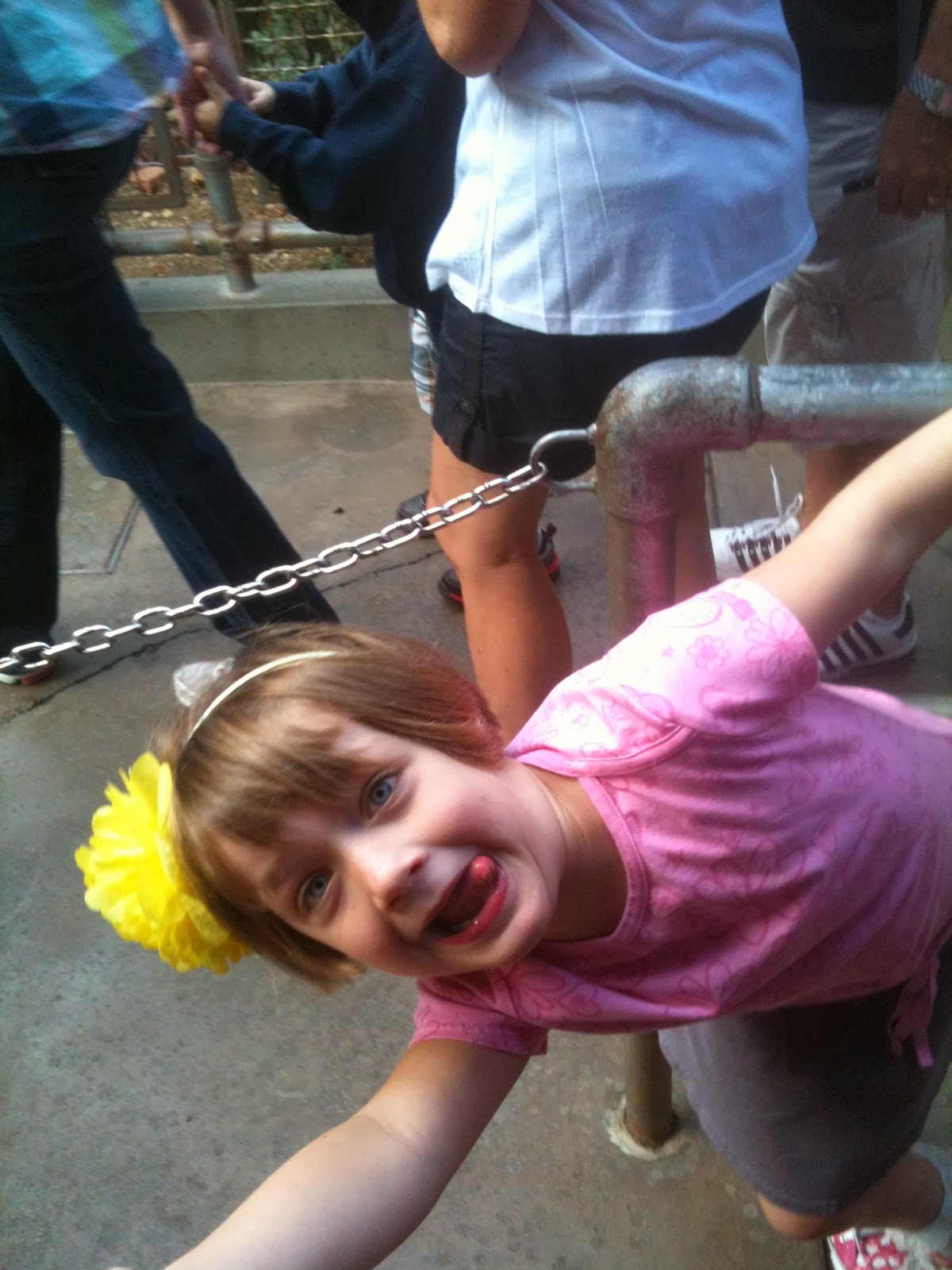 Your physical energy is a marvel to me.  From the minute you bound out of bed in the morning until the minute you fall asleep at night, you are in motion.  If we're reading a book or watching a movie, you're twitching.  When you tell us stories about your day at school, they are accompanied by huge gestures and dramatic interpretations.  Whether it's 95 degrees or -13 degrees, you NEED to be outside.  You're happy doing your own thing in the snow or just walking around our yard looking for adventure.  You often come in covered in sand, mud, rain, or sweat, and that's how I know you have had a wonderful time.  You're physically fearless, as well.  When we went to Winter Wonderfest in Chicago with Dallas's school, you did the zip line, the highest slides, and even talked me into doing the hang gliding ride with you.  The only thing I have seen you not enjoy was Rock 'N' Roller Coaster at Disney's Hollywood Studios.  You absolutely begged me to take you on that ride, and you cried within the first sixty seconds.  Lesson learned.  However, the giant hill on Splash Mountain is one of your favorite things in the world and the World.  I went on it with you twice last time, so from now on, I'm letting Daddy take you.  You climb trees, you run, you jump, you make up obstacle courses, you chase, you hang, you fly.  When you do fall asleep at night, you're out fast and hard.  Woe be to the person who wakes you up in the night. 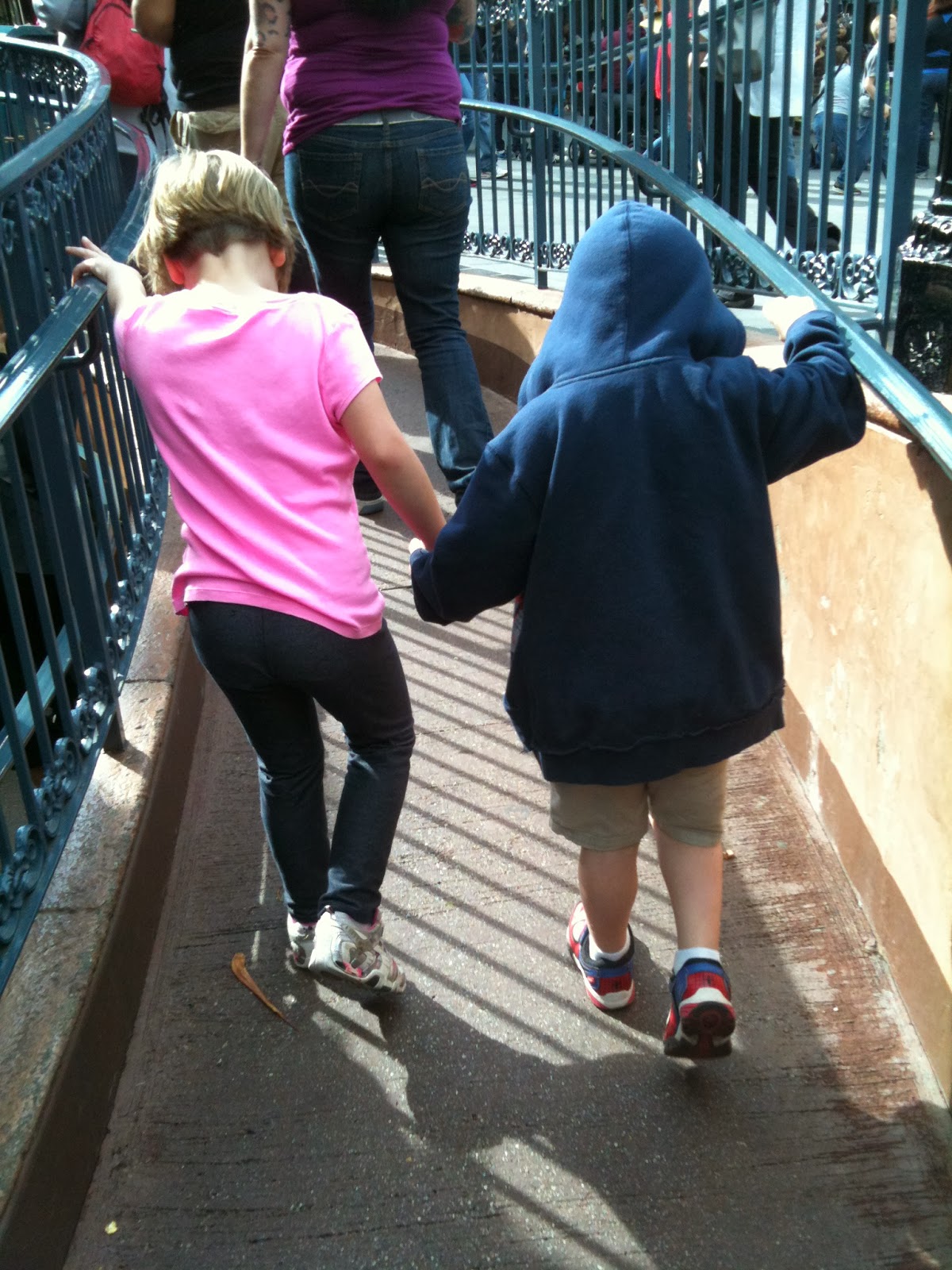 You have made great strides with your school work in first grade.  I know that it's not as easy as Kindergarten was and I know you miss your teacher from last year.  You love your teacher this year, so that's a bonus, but the work is more of a challenge.  Dad and I are so proud and impressed with how much your reading and math have improved.  I can't describe how much joy I feel when you read to me or casually toss out a multiplication fact.  Sitting still and staying focused isn't easy for you, but I'm really pleased with the effort you're putting into your work. 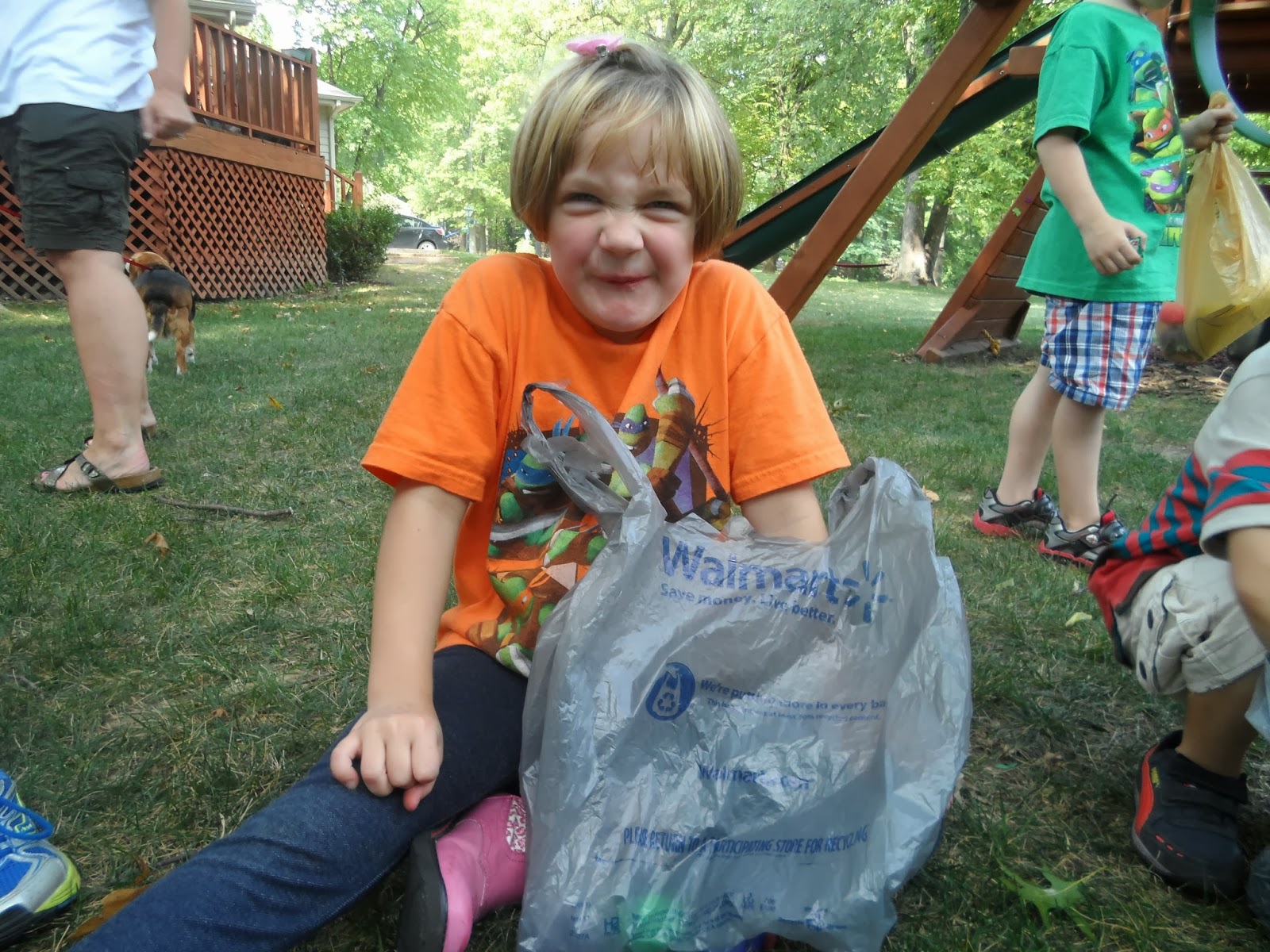 Thank you for reminding me what is important: kindness, love, memories, joy, laughing, and dessert.  I often wonder how we got so lucky with you, but I don't question it too much because I'm grateful that you are ours for as long as you'll have us.

You are my best, best girl.  I love you oodles!
Mom 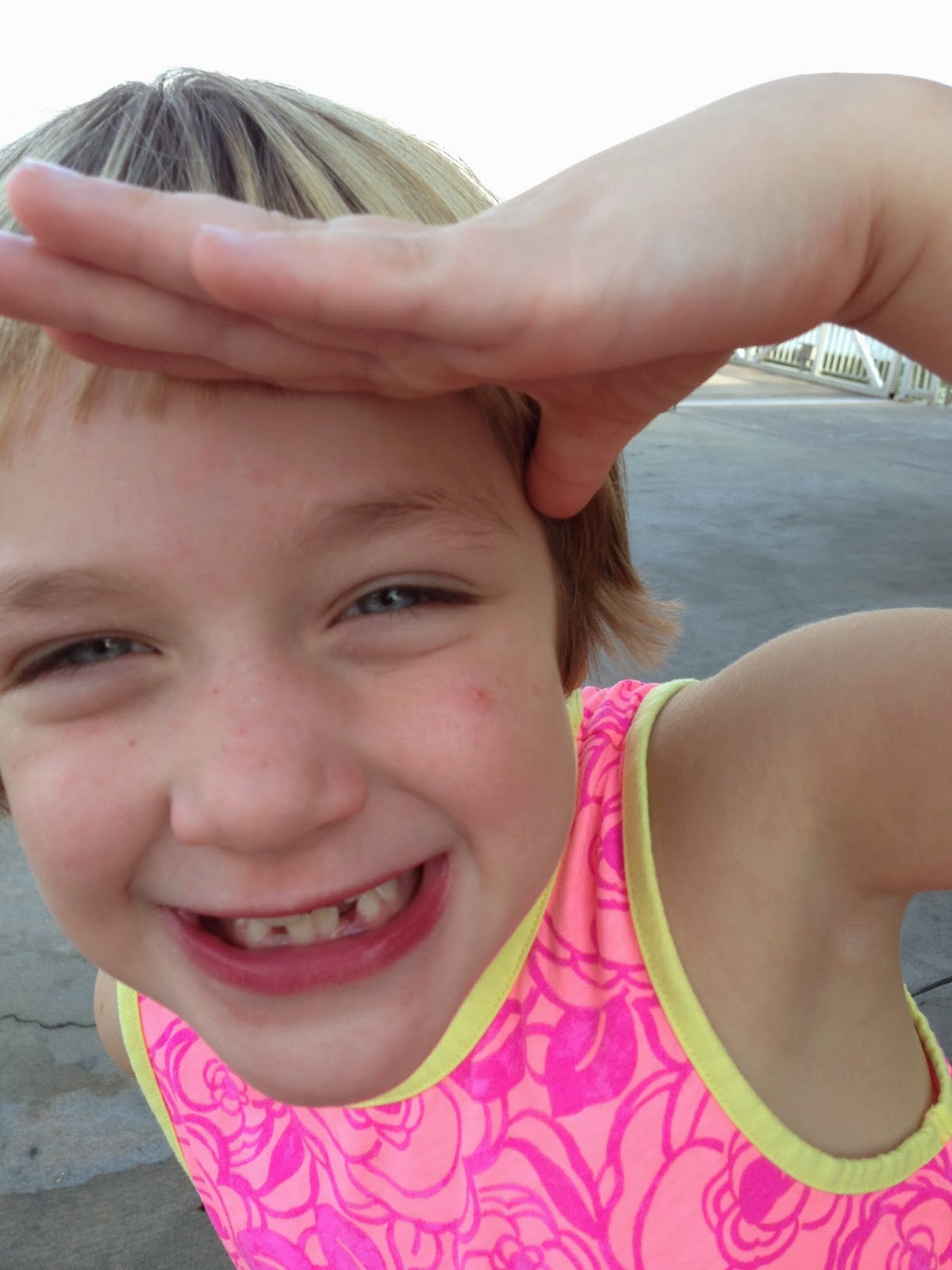 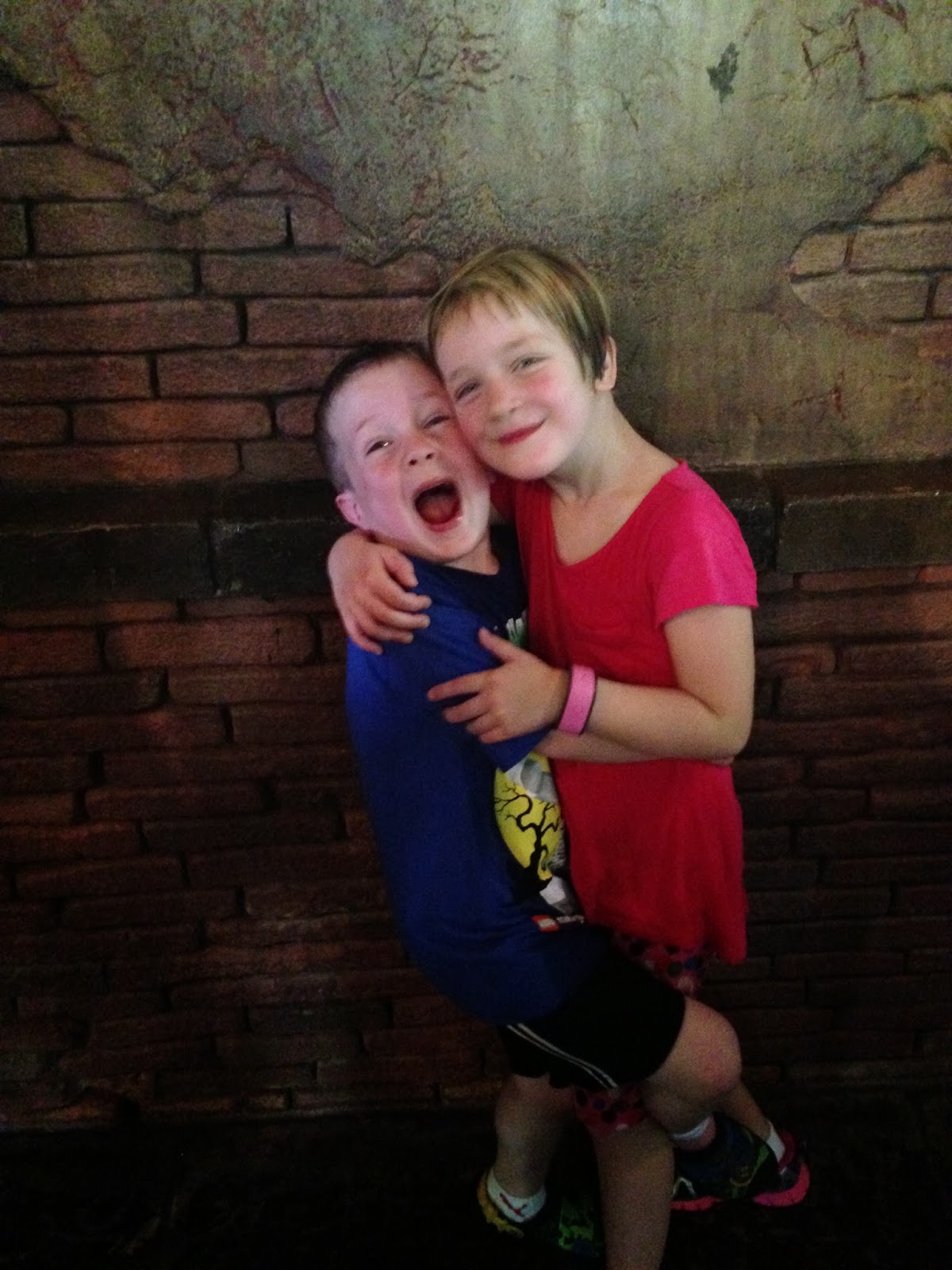 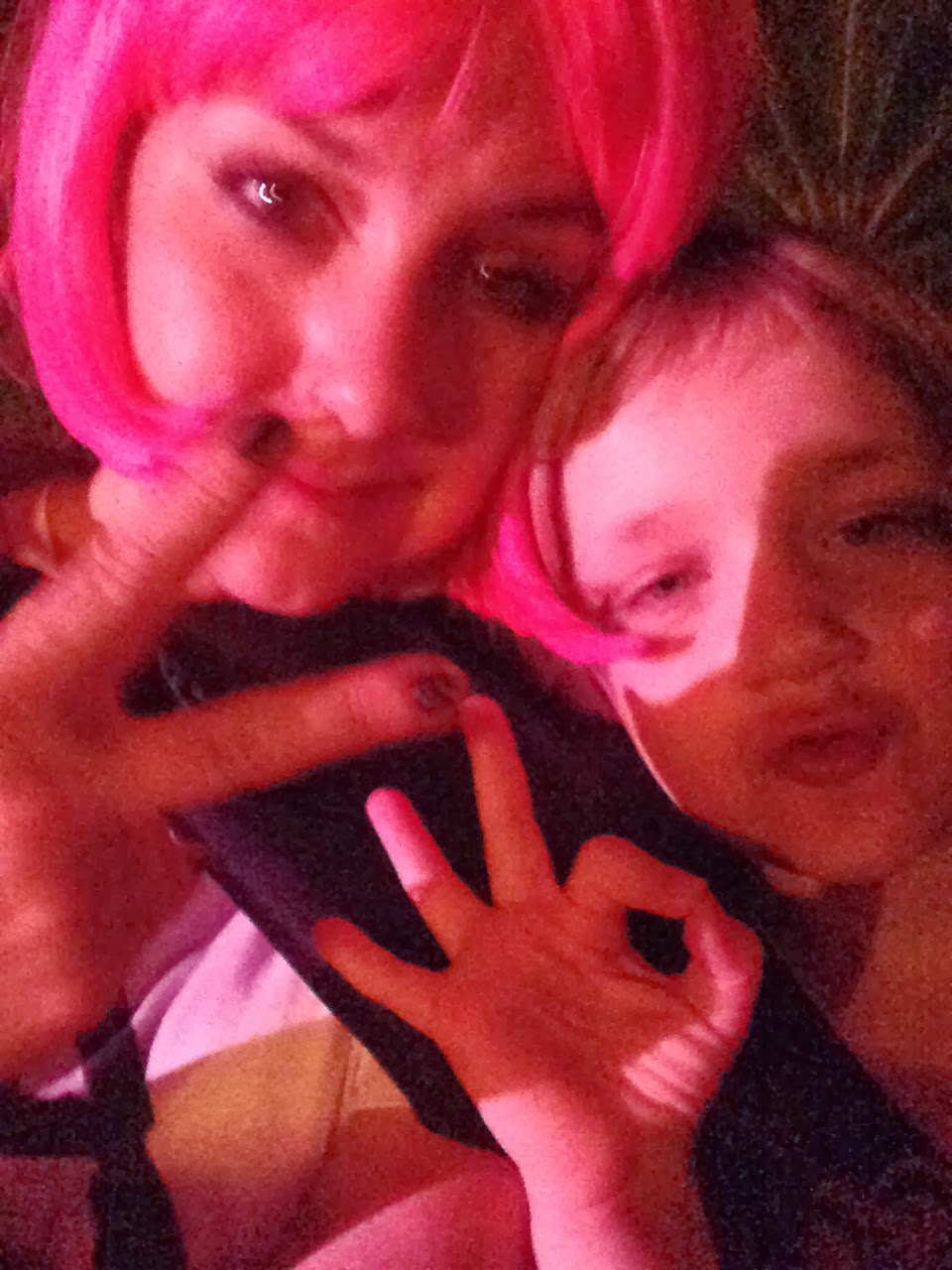 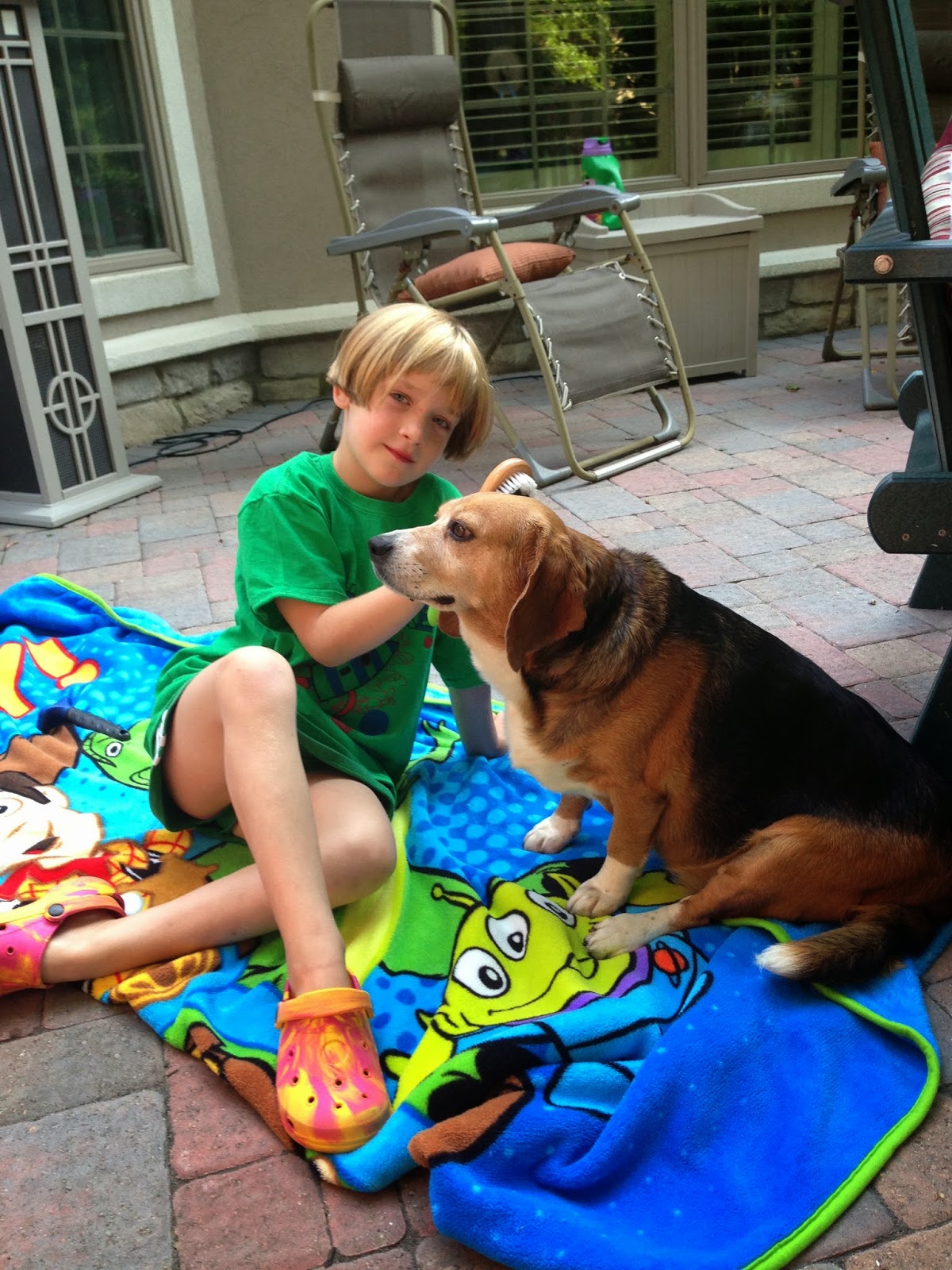 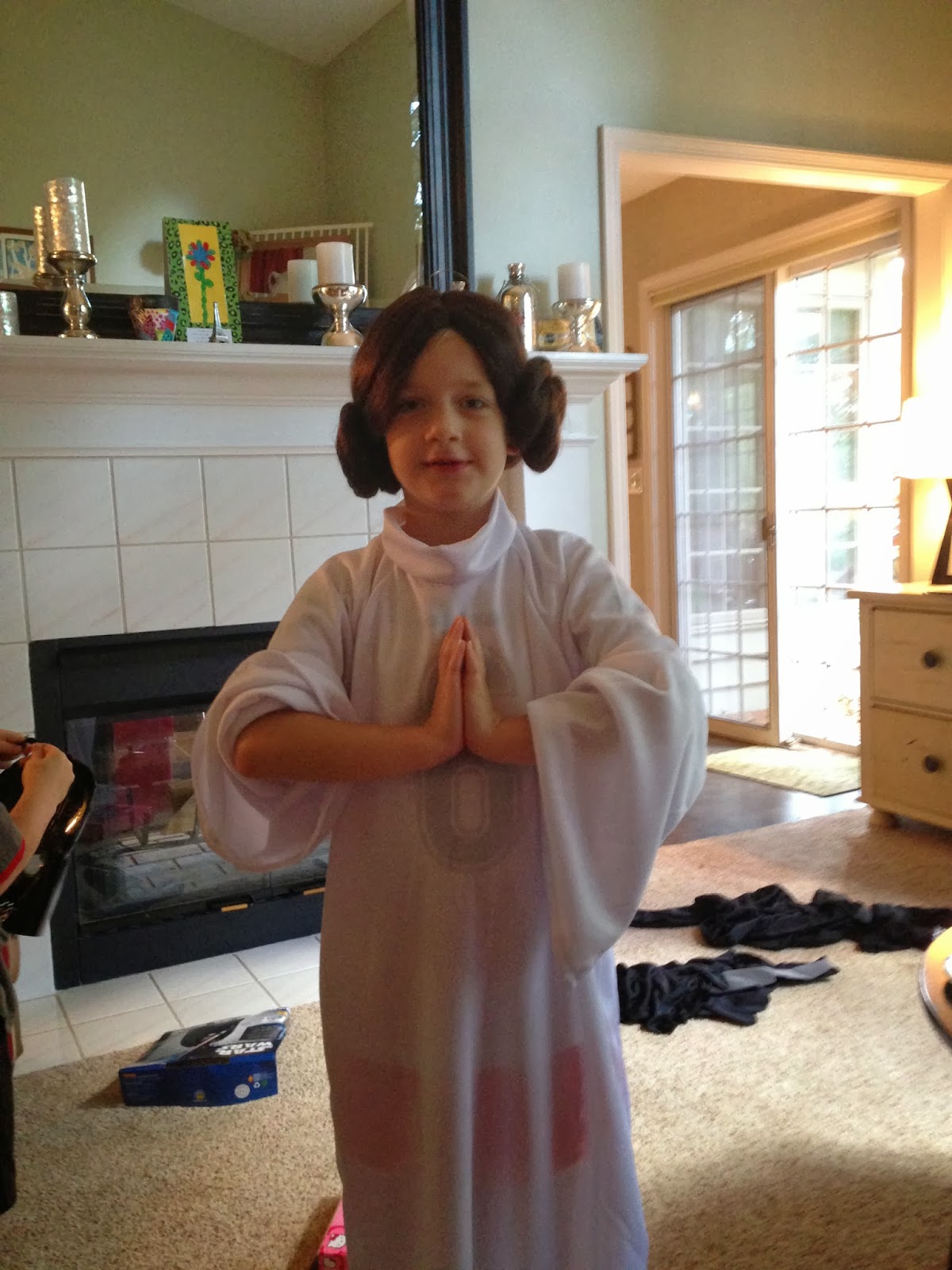 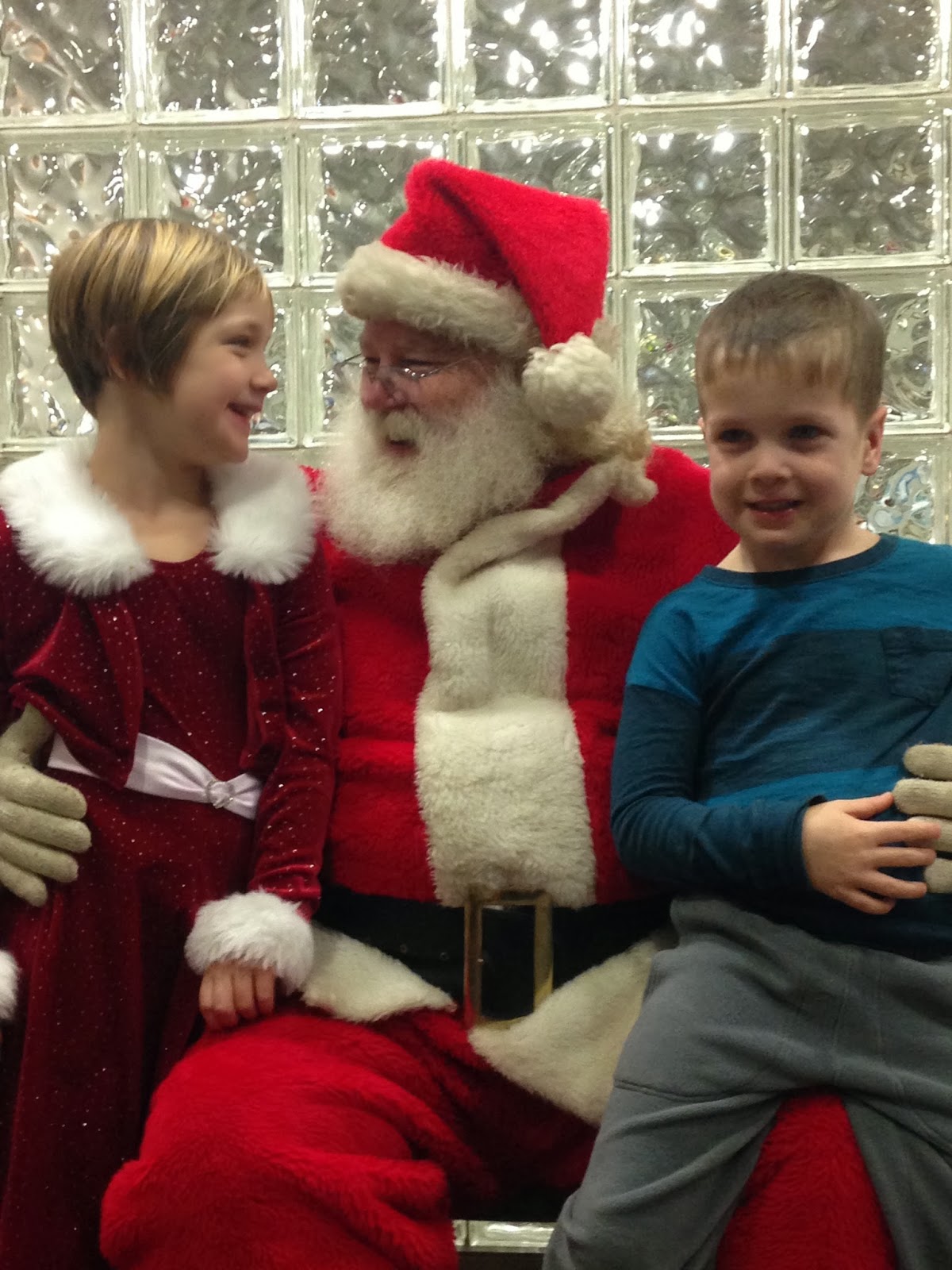